The Legnano brand and the great Gino Bartali are synonymous, with two Tour de France and three Giro d’Italia victories that included a victory in the mountain classification on all three of his Giro wins, and seven mountain victories in all. And all of this was achieved around a five to six year blackout (1941-1945 for the Giro and 1940-1946 for the TdF) due to the second world war that surely would have seen many more Bartali victories in the Tour de France and Giro had international professional cycling not be interrupted. 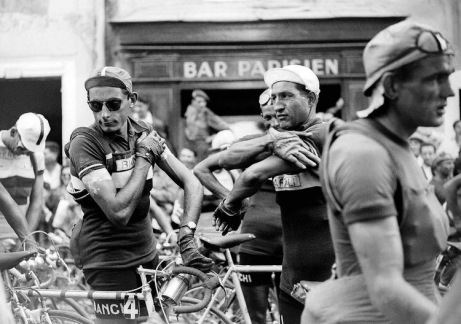 Most of the photos of Bartali that circulate are from the closing years of his cycling career immediately after the war when he won his third Giro in 1946 and his second TDF victory in 1948, both ahead of his much younger former teammate Fausto Coppi who returned from the war to ride for Bianchi.  These were the years of the great Bartali-Coppi rivalry that engaged the hopes and aspirations of a war torn Italy so much in need brighter days.

The record shows (Wikipedia) that Bartali joined the Frejus team in 1935, joining the Legnano team the year following in 1936 and winning his first Giro d’Italia in that same year at the age of 22, including the mountain classification victory. 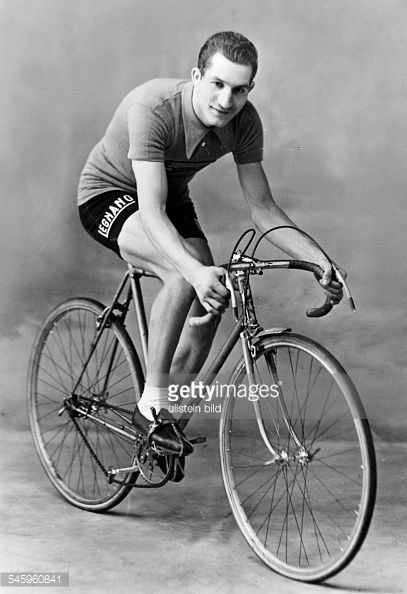 An official Legnano team photo of Bartali. Date of photo unknown. Perhaps taken when he first joined the team at age 22.

Bartali in his early years on the Legnano team.

And a final photo of Gino Bartali from the pre-war years that would appear from the setting to have been taken before the start of a race.  If a reader has any other photos of Bartali from these years or clarification of dates or details that I have posted, please drop me a line anytime at info@condorino.com . 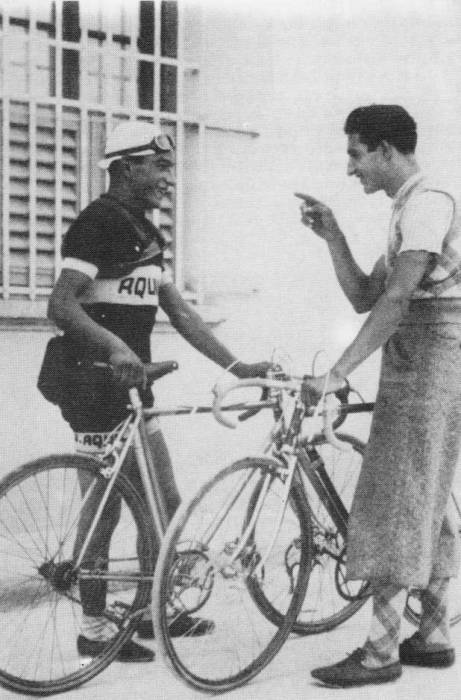 Many will also know that Gino had a brother Giulio two years younger that died at the age of 20 following a severe road accident with an automobile and questionable medical treatment that followed.  Giulio was also a very talented cyclist who’s accomplishments in life and sport were cut short by this tragedy.  From the book, Bartali’s Legend:  “Gino always said that Giulio had great talent, that he was the only one who stayed on (my) wheel during the training.”

Here are a few links to articles remembering Giulio.