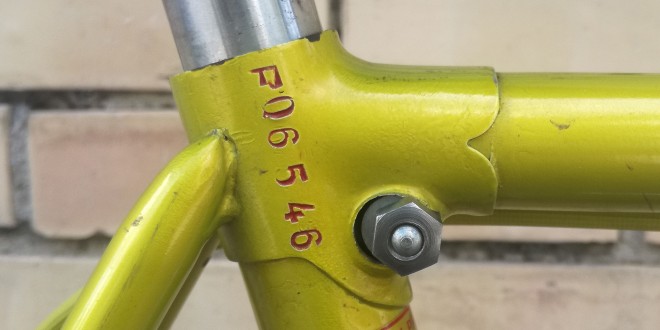 The almost daily rewards I receive in compiling this website are the wonderful letters and inquiries from Legnano enthusiasts around the world. This week I received some kind words along with photographs of a fantastic 1965 Legnano Mod.53 Mezza Corsa that has been beautifully conserved by Paul Esse in Italy.

Much attention is given to the top-of-the-line Tipo Roma and Roma Olimpiade road bikes that propelled the likes of Binda and Bartali to countless victories for the Legnano team.  And the second tier Mod.54 Corsa and Gran Premio models follow in popularity given their affordability to amateur racers and enthusiasts. The Roma and Gran Premio were also the two models that reached the export markets beyond Italy in the greatest numbers.

However sitting just behind the top two Legnano corsa models was the Mod.53 Mezza Corsa.  To the best of my knowledge this model was not exported to North America.  Given transport costs and import taxes the difference in price between the Mod.53 and Mod.54 | Gran Premio may not have made it worthwhile.  I should explain that when the Gran Premio model emerged in 1958-59 it pretty much took the place of the Mod.54 Corsa that had been in the Legnano model lineup behind the Roma for decades.

So lets take a look at this lovely Mod.53 from Paul Esse that many Legnano fans may not be familiar with. 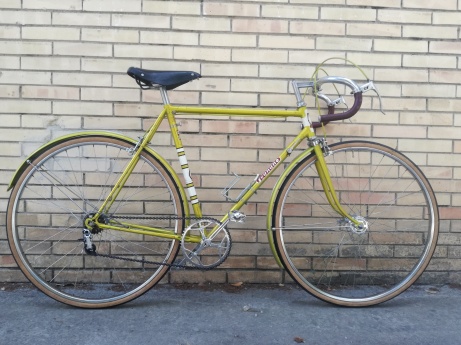 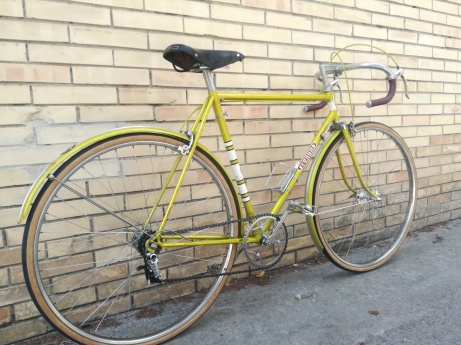 It would appear from the first photos that the overall frame geometry reflects the corsa format of the day, perhaps a little less vertical along with a little more rake to the forks than what you find on a Roma or GP.  This slight difference in design would give the Mod.53 better handling at a ‘sportif’ pace compared to the higher speed of a competitive cyclist aboard a Roma. Spirited yet comfortable may be a good description. 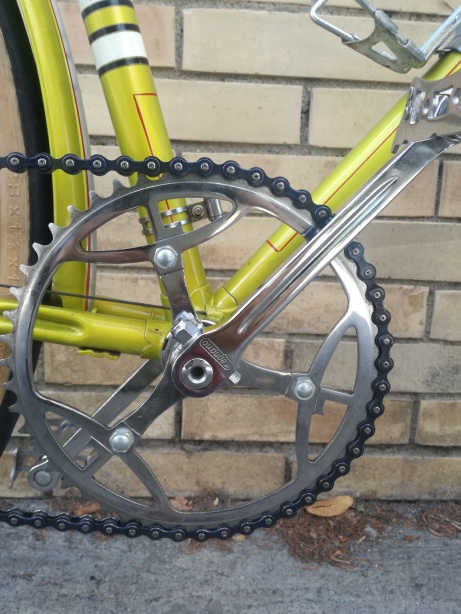 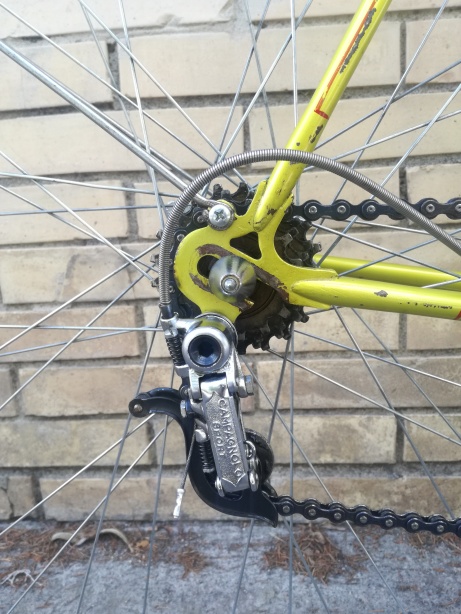 The description ‘Mezza Corsa’ or ‘half road’ as it translates is a good description of who this model is intended to suit.  The first photo above shows that the Mod.53 was fitted with a single front chain ring (49T) on a Legnano branded Way-Assauto cottered crankset. In the second photo we can see that the gearing is provided by a Campagnolo Sport derailleur (first introduced in late 1953) with a 4-speed freewheel from either Way-Assauto or Regina.  This setup would provide some good range for spirited riding across a mix of general terrain.

The shifting capability of the Campagnolo Sport derailleur with a single jockey wheel was capable and reliable for a ‘sportif’ model and it was also used on most of the ‘sportivo condorino’ models however it did not perform at a level of the Campagnolo Gran Sport or first Record derailleur used in competition.  You can also see that the rear dropouts (and front) were of stamped steel, and not the Campagnolo type used on the more expensive Roma and Gran Premio, in order keep the price of the Mod.53 reasonable. 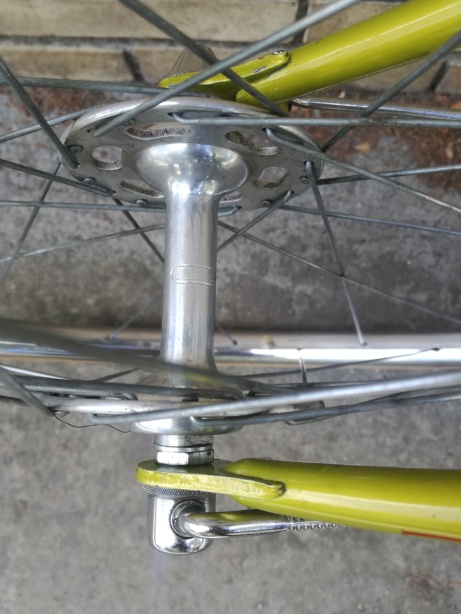 The front and rear hubs are both high flange, aluminium from M.M. Atom and branded on the barrels for Legnano. The M.M. referring to Maurice Maillard the French component manufacturer that took over Atom and I believe also Normandy at some point in the 1960’s.  Given the high level of import tariffs between countries in those times, I am thinking that Maillard may have had a production facility in Italy (as did Simplex) to supply these components to Legnano and other Italian brands at a reasonable cost.  The Atom | Maillard hubs were a capable mid-range and mid-priced hub that was well suited to the Mod.53 agenda. 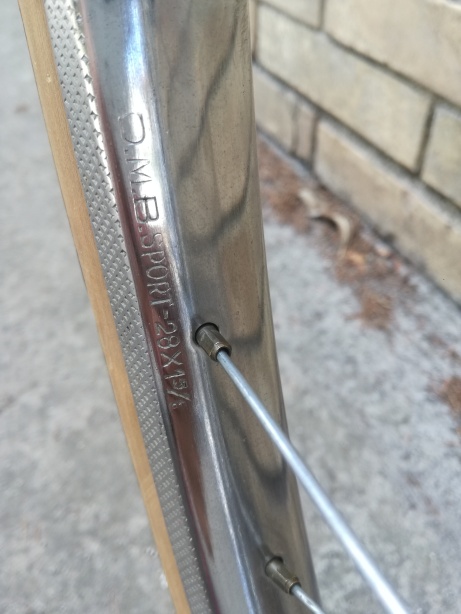 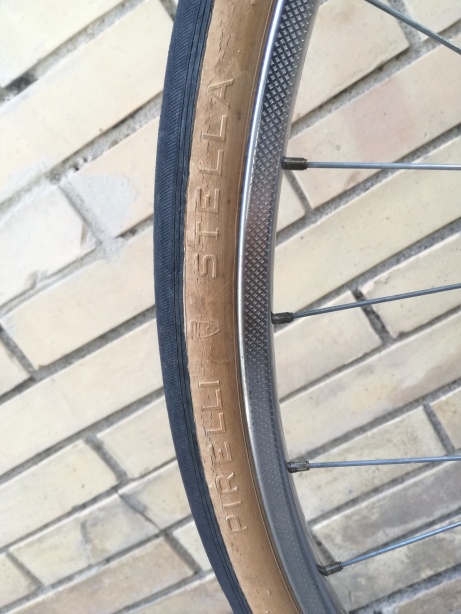 The O.M.B. clincher style rims and bi-colour Pirelli Stella tires speak volumes to the beautiful preservation of this Mod.53.  This combination of rim and tire was also used on the Mod.50 Sportivo Condorino.  Compared to the Fiamme rims and tubular tires fitted to the Roma and Gran Premio, this wheel set was a good deal heavier however here again the Mod.53 wheel set was well suited to a mix of terrain, both country and city, durable and comfortable for the ‘sportif’ rider of the day. 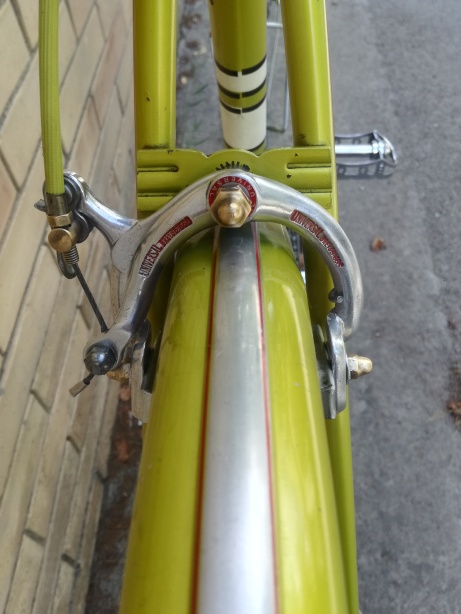 Universal Mod.39 brake callipers have been gently restored on both the front and rear wheels. The larger stamped steel bridge for the rear calliper enabled the mounting of a rear rack and pannier bags so as not to damage the seat stays and also to provide a more stable mounting. 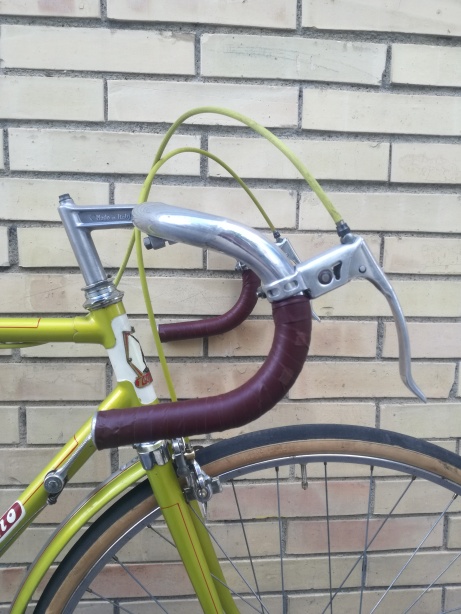 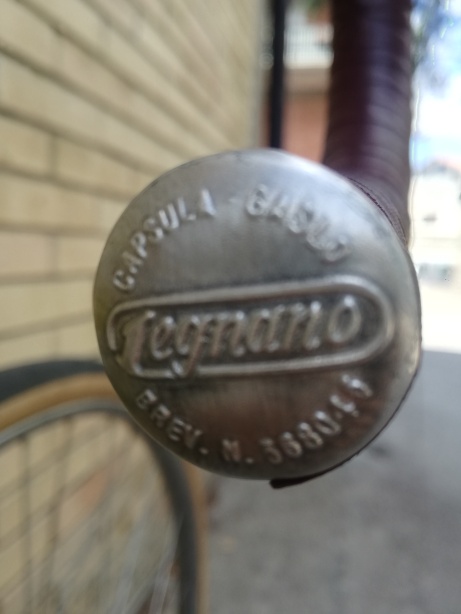 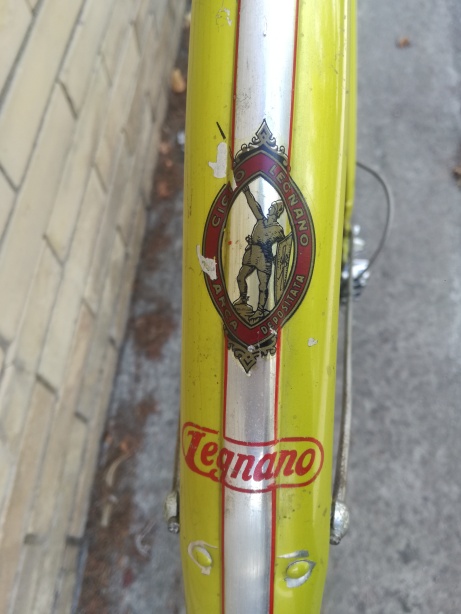 The original aluminium mudguards or ‘parafanghi’ are still with this Legnano making it very special as they were often removed, discarded or lost to time in subsequent years as mudguards fell victim to fashion. In competition the additional weight, rapid wheel changes and the potential for misalignment make good reason for the lack of mudguards.  However for the rest of us mere mortals, riding in wet weather without mudguards is not a pleasant thing and the pretense of fashion quickly fades. 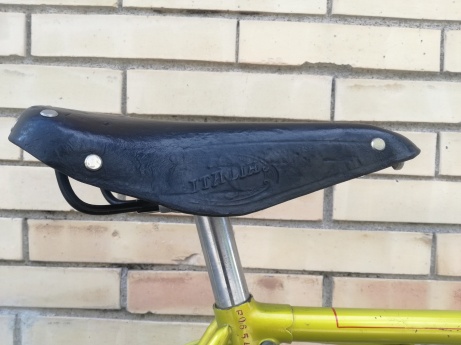 An original Italia leather saddle is in excellent condition and this saddle was also fitted to many Gran Premio models during these years.  Having been modelled after the Brooks B17 saddle, the Italia saddle used the same model designation. 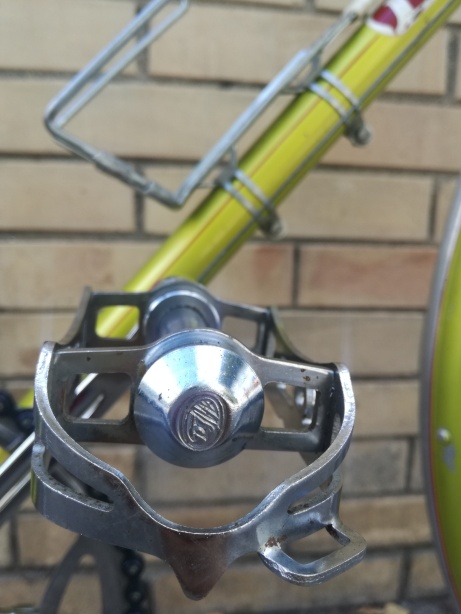 And in the photo above we can see the steel cage, road style pedals from Way-Assauto in excellent condition with barely a scuff or scratch after 55 years. 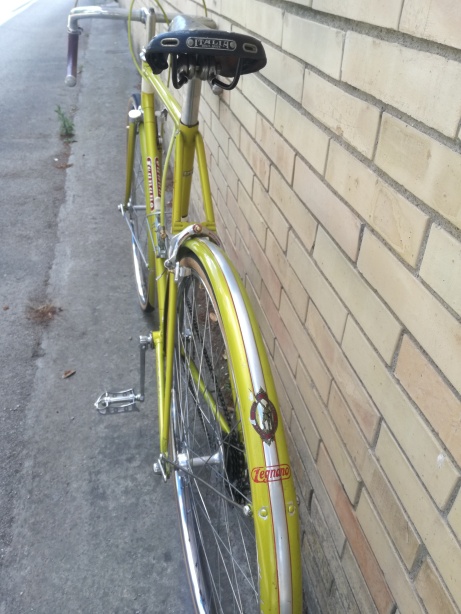 And so we have come to the end of this review.  Once again a very special word of thanks to Paul Esse for sharing this wonderful Mod.53 Mezza Corsa with all of us.  As a collector and aficionado of many years, this Legnano is truly impressive and it leaves me wanting to jump on and take a ride.  Enjoy your treasure Paul.