I have started a light restoration or cleanup of my 1946 Legnano Tipo Roma. With all of the components removed I was able to take a closer look at the frame construction and was surprised to find the logo (above photo) stamped on the underside of the down tube close to the head lug. “That’s not familiar”, I said to myself and removed a bit of the grime with some rubbing compound to take a closer look, making out the letter ‘M’ and below that what looked like a ‘D’ positioned horizontally along with the number ‘3’. 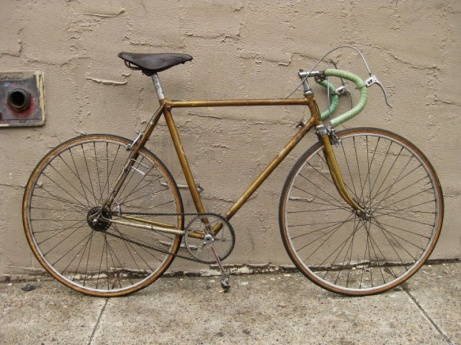 Beyond the use of Reynolds 531 and Columbus tubing that Legnano introduced in the late 60’s it has been my understanding that Legnano only built with Falck tubing in the years prior to that time. I then started thumbing through my copy of the Emilio Bozzi SpA parts catalog of 1950 and low and behold, two pages listing ‘Tubazione’ from the supplier ‘Mannesmann-Dalmine’.

With the help of Mr. Google, I discovered that Mannesmann is a multi-national German tubing manufacturer that is still in business today. And like many manufacturers during the early years of high import tariffs within Europe, Mannesmann established a production facility in Dalmine (Bergamo), Italy not far from Milano and hence the name Mannesmann-Dalmine. With a little more research it became clear that the number ‘3’ in the stamping referred to the triple-butted production. 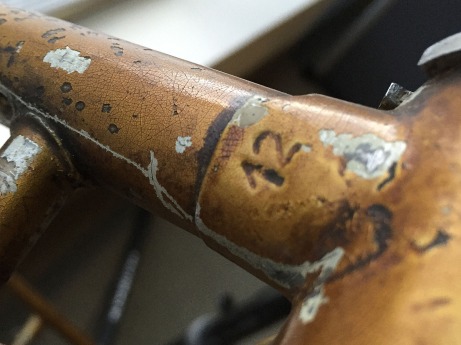 I have not weighed the frame as of yet however it feels exceptionally light. The Bozzi catalog indicates a full tubing set including stays and forks, with the main tubes available in 25,4mm and 28,6mm diameter with a wall thickness of 1,1mm (.043 in) drawing internally from each end to a thickness of 0,7mm (.027 in) at the middle of the tube. The chain stays are described as 20 x 12mm which accounts for the number ’12’ stamped on the BB where the stays join.

As mentioned, Mannesmann is now a multinational tubing manufacturer under the name Salzgitter Mannesmann and their Italian production facility in Bergamo, Italy is listed as Tenaris Dalmine, Via Pio 30, Costa Valpino, BG. There primary business today is the production of high-quality steel tubing for industry. No reference could be found to when they suspended the production of bicycle tubing however I suspect it was in the 60’s when other Italian companies such as Gnutti, F.B. and Magistroni waved a final farewell.

So there you have it.  For those of you that may have an early Tipo Roma, take a close look on the underside of the down tube just before the head lug and you may find a similar marking on the frame.

One thought on “Not just Falck tubing, Legnano also built with Mannesmann-Dalmine tubing”