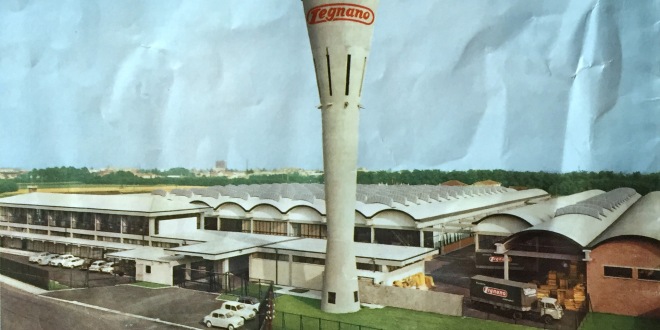 With the demise of Legnano in the 1980’s, my first thought was that the old factory had been demolished for a housing development given the land values in Milan and an ever-growing population. So I jumped on Google maps to check out the list of Legnano address that are listed on the back of the brochures and catalogues in my collection. And sure enough, the Legnano factory at 1 Piazza Emilio Bozzi is still standing and occupied today by Duplomatic Automation S.R.C., a producer of high end precision machine tools.

Immediately below is a photo of the Legnano factory at 1 Piazza Emilio Bozzi as illustrated on the back of a 1961 brochure.  As you can see it is a sizeable factory and the water tower is also a nice piece of industrial architecture that must have an architect or engineer’s name behind it.

And here are a few pictures courtesy of Google that show the front of the factory as it is today. 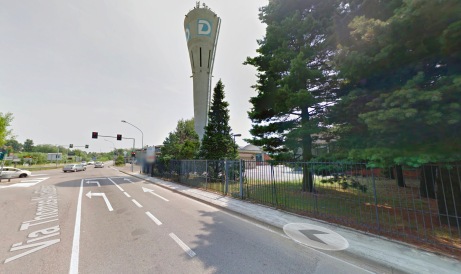 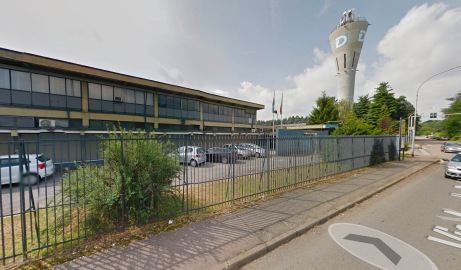 And also an arial view.

From the brochure photo and the arial view above you can see the vaulted style of the factory roof compared to the more modern flat roof construction of the adjacent buildings. This building format reflected the limited ‘open span’ of construction technology at the time.  I have to dig through my files for some additional photography however this factory would appear to be much older than the brochure photo would suggest and I suspect that the facade of the factory was given a face lift in the early 60’s along with the construction or updating of the office building immediately in front of the plant and the water tower that faces the road.

Thanks to a reader, Giuseppe Scaglia of Italy, he advised that Legnano production was first undertaken in a part of the original Woolsit factory of Franco Tosi that was located at Via XX Settembre in Legnano as of 1906.  A picture of the Wolsit factory from 1906 is shown below. It was not until 1927 that Franco Tosi departed Wolsit leaving Emilio Bozzi as the sole owner and changing the name of the company to Legnano.

With sales slowing in the late 60’s and early 70’s, the expansive Legnano plant on the ‘Strada Statale 527’ was closed in 1971, less than 10 years after it was opened, and the entire company’s operations moved to the Milan site at 1 Piazza Emilio Bozzi, with the subsequent sale in the 1980’s of this location to Duplomatic Automation S.R.C., a producer of precision machine tools. 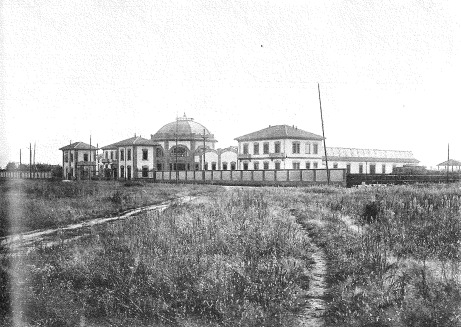 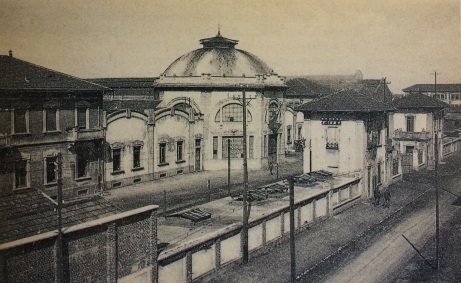 Below is an arial view and photo today of where the Wolsit factory of Franco Tosi stood (source and background article) looking along the Via XX Settembre from the Via Giacomo Puccini toward the Via Rossini.  A small section of the original perimeter wall remains.

In addition, here is a current day photo below of 9 Corso Genova, the longstanding business office for Emilio Bozzi SpA. On the street level there is now a shop selling designer eye wear.

The other address in Milano which appear on numerous Legnano catalogs and sales sheets, often under the heading ‘Sede’ (legal seat), is Via Cicco Simonetta, 8.  Here is a photo of that address today and the home of Zio Pesce, a neighbourhood seafood restaurant.  I wonder if they have a dish named after Emilio Bozzi on the menu.

Before we conclude this post, below is a photo (c.1903) of the statue of the Lombard warrior, Alberto da Guissano that stands in the center of Legnano and was inaugurated in 1900. Emilio Bozzi would later adopt this heroic figure in 1920 as the symbol of the Legnano brand. 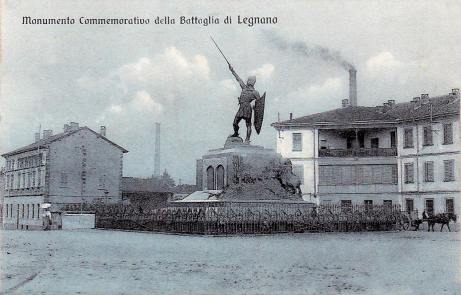