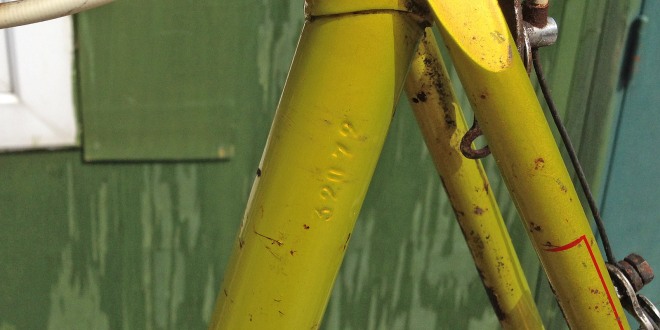 A lot was changing at Emilio Bozzi S.p.A. along with many of the other traditional Italian brands in the early 1970’s as the Japanese invasion hit full stride in response to a burgeoning North American ‘bike boom’ that exceeded the production capacity of European manufacturers.  Along with Cinelli, Bottechia, Olmo and Bianchi, the top models from Legnano and Frejus had huge cache in the USA during these years.  Thomas Aveina in NYC, Gene Portuesi in Detroit, Frank Samuel ‘Bicycle’ Jones in Long Beach, California and Paul Kent of Bloor Cycle in Toronto were a few of the prominent shops that sold Legnano and Frejus road bikes.

In compiling this website I have come across some exceptions to the rule. One such exception has been a few Frejus bikes constructed with the unique Legnano seat lug that put the binder bolt below the top tube and ahead of the seat tube.  When I first came across one of these bikes I thought it must have originally been a Legnano and someone had decided to refinish it as a Frejus.  Then I came across a couple of Legnano bikes that were built with the Frejus style of seat lug that still had their original factory paint.

The other thing that was common to many of the Frejus and Legnano ‘exceptions’ in the early 70’s was the serial number stamped vertically on the left side of the seat tube just below the seat lug.  So what was going on?  One thing is certain, the practice did not last long at Legnano as all formats of serial numbers or production numbers were gone by the mid 70’s and the same seems to be true for the Frejus brand however I little more research is required on the latter. 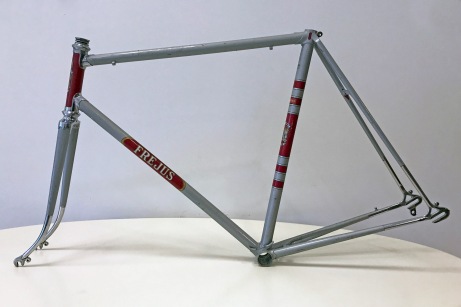 So what can we take away from all of this, if anything?  Were these 5 digit serial numbers beginning with the number 3 a common list to both the Legnano and Frejus brands?  And if they were not a common or shared sequence of numbers, how or why would they have two identical sequences of 5 digit serial numbers beginning with the number 3? Keep in mind that both brands were made in the same factory and the serial numbers were stamped into the frames before the bikes were painted.

Coming full circle to where this post began, the image above is a Frejus from the very early 70’s, serial number 33173, that is owned by Eric Fagerholm as posted on the Frejus page of the Classic Rendezvous website. From the photo it appears that this frame has not been refinished and yet is sports the classic Legnano seat post lug rather than the traditional Frejus seat lug and the fork crown is also a type used on Legnano models in the early 70’s.

It is important to reinforce that this bit of ‘mix and max’ between the brands was only taking place in the early 70’s to the best of my knowledge. So fellow enthusiasts and collectors, no definitive conclusion to be reached here but some clarification and observations that may get us closer to an answer down the road.

I just purchased a 1972 Frejus Champione del Monde from the original owner that is constructed of Reynolds 531 tubing, the original factory paint and as you can see it has the unique Legnano style seat post lug and binder bolt. Always wanted to have one of these in the collection.

2 thoughts on “Serial Number Update: Legnano and Frejus 5-digit numbers in the early 1970’s. Were they a shared sequence?”