This one-owner 1958-1959 Gran Premio (ser.no. EH2957) is on it’s way to Toronto from New Jersey in the coming days. As I have mentioned before, true one-owner bikes are becoming increasingly harder to find as time goes on and particularly bikes that have not been modified or upgraded over the years as this one. The original owner purchased by bike in 1959 and rode it for a half dozen years according to our correspondence and then it was hung up in the basement where it has resided since.

Beyond the completely original state of this bike, what interested me was the bike still had it’s original fenders albeit the front fender is missing its lower portion but otherwise in good condition. It is rare to find either an early Roma or Gran Premio with the fenders as most people, particularly in North America, either had them removed at the time of purchase or took them off, hung them up in the garage and eventually they got lost or tossed.

The other attraction to this bike was the dating for a Gran Premio model.  I have yet to learn when Legnano officially launched the Gran Premio model however this is the earliest one I have come across and 1958 may well be the start of the designation. Prior to the Gran Premio, the second tier model just below the Roma was simply referred to as the ‘Corsa’ model and the third tier model below that as the ‘Mezza Corsa’ according to catalog listings.

The other component of interest on this Gran Premio is the Cinelli steel stem that has been engraved or branded for Legnano. The Universal Mod.51 brake hoods are the only replacement part on the bike that is required and an easy correction. As a bike that has spent many years in storage, the original brake cable housing is still in good shape and the cottered crank pins are also factory spec, something that is not so easy to correct if they have been replaced.

While the bike is en route, here are some photos from the eBay listing. 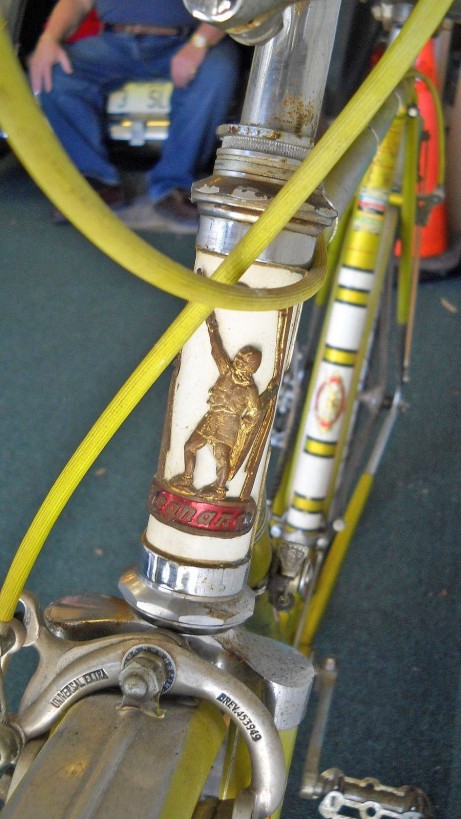 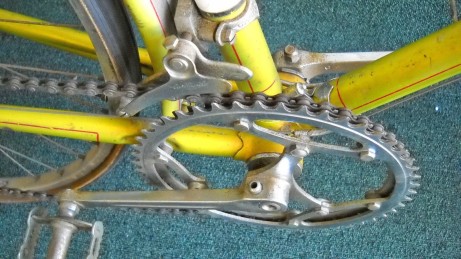