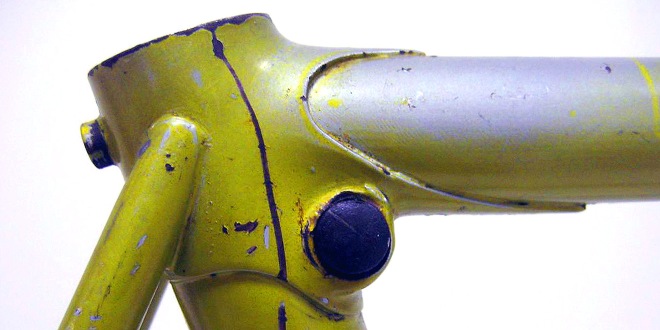 As you can see from the sidebar, the Legnano collection is well into the double digits so it is time to stop counting. There is apparently a personality type associated with ‘collecting’ however I can honestly say that it is just the love of old bikes and the satisfaction of taking them apart and putting them back together that keeps me at it. And of course the joy of hopping on and taking a ride when it has all come together.

When I look for a Legnano, here or abroad, I usually look for one that has been altered as little as possible from the day it first rolled out of the shop. Unfortunately they are getting harder and harder to come by as resellers come into the business looking to make additional money by ‘parting out’ the bike.  Fair enough I suppose as everyone has to put food on the table however once a bike has been dismantled it can be a challenge to restore if you don’t know the history.  To that end I hope this site provides an accurate reference for someone wanting to accurately restore a Legnano. 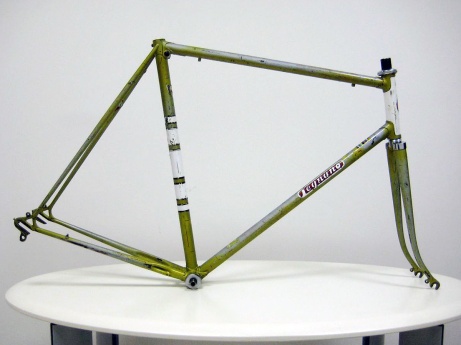 I came across this Roma Olimpiade frame a couple of years back on eBay.  Stripped to the bone, I usually take a pass on such projects however I noticed that this frame was one of the very early builds from Legnano that used Reynolds 531 tubing.  And for that reason I decided to take it on.  The rounded Legnano logo, stencil-printed on the down tub changed in 1970/71 and so too the unique seat post binder bolt that had always defined Legnano frames.  Most importantly was the R suffix on the serial number stamped on the underside of the bottom bracket designating the 531 construction as well as remnants of the triangular Reynolds 531 decals on the fork blades.

It is also worth noting for the enthusiast that the fork crown on this frame was typical of the Roma and Gran Premio construction up to about 1970/71.  After that time the crown and lugs changed significantly as can be seen below on this 1976 Olimpiade Specialissima also constructed from Reynolds 531 tubing. 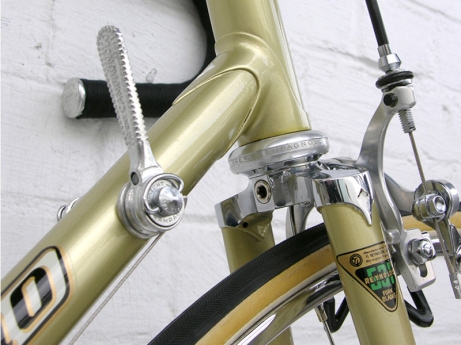 The crown below is another that is typical of Legnano construction from the early to mid-70’s on Gran Premio and Competizione models using primarily Falck tubing and some Reynolds tubing construction.

With the rising value and growing demand for original Legnano road bikes, these construction details are important to consider if the bike has been repainted and posing to be from a time that it is not.  And I have seen many bikes advertised as original models from the 50’s and 60’s that clearly are not.

Returning to the project at hand, this Roma Olimpiade measures 58cm ctc on the seat tube and 57cm on the top tube ctc.  I am a better fit on a 56-57cm frame depending on the use and geometry however I will happily endure the extra centimetre.  Front and rear dropouts are the familiar Campagnolo Record long type.  The frame arrived without a headset and with modern Shimano BB cups and lock ring that will go to the parts bin for another day.  The BB axle however is Campagnolo Record and may have a use as I work to find and assemble the correct components for this build.

The frame does not appear to have any damage and the alignment also appears to be in good order.  Regrettable the paint finish has deteriorated to the point that I think it will require a full repaint which is not my first preference and it is an expensive process these days if it is to be done properly.  And for that I would only put it in the hands of Noah Rosen at Velocolour. However there is a lot of work to be done in bringing together all of the correct components before I have to make the repaint decision.

Almost forget the best part, a clue as to the lineage of this particular Legnano in what remains of a decal from The Spoke bicycle shop of Boulder, Colorado on the lower portion of the down tube. A bit of research tells me that The Spoke was located in the Hill District of Boulder close to the University and a very popular shop in it’s day. The Spoke was started by Chris Finoff in the mid 60’s while he was pursuing his Bachelor’s Degree in Aeronautical Engineering at CU-Boulder. The Spoke was gone from ‘the Hill’ come the mid 80’s as the big wave of the bike boom was also coming to an end in North America, and is now a coffee house.

4 thoughts on “Bringing a 1970 Roma Olimpiade back into service — Part 1: The Frame”