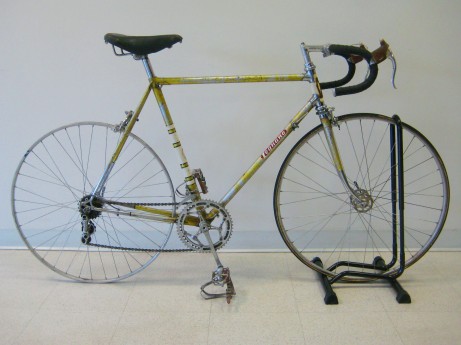 This very early Roma Olimpiade was purchased in October 2013 from Richard Golden of Petaluma, California. Richard acquired the bike from Scott Davis of Minnesota (sdbicyclegarage.com ) who bought it from a collector in Milan, Italy about 10-12 years prior. From there the trail ‘goes cold’ as they say. Although the paintwork on this Legnano has seen much better days, it is more than 55 years old and the unique yellow-green lacquer that defined the Legnano brand was not the most durable.

Speaking of age,  I have dated this Roma to 1958 based on the serial number, the ’57 date stampings on the lock nuts of the Campagnolo Record hubs, the Mod.51 Universal brakeset and the Campagnolo Record pedals that first appeared in 1958. From my experience it is not unusual for the date on the lock nuts of Campagnolo hubs to predate the actual date of the bike’s production by a year and in fact it is often the case. 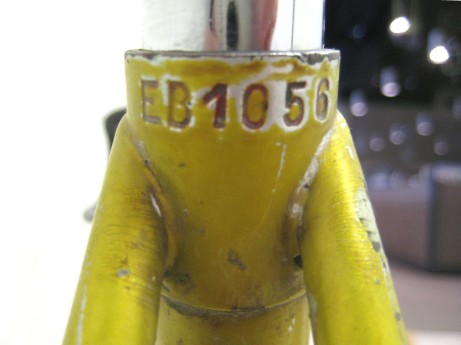 Beyond the vintage of this Roma what is most important is that it is completely original with the exception of the headset, and finding an original Legnano is getting harder and harder to find as each year passes. 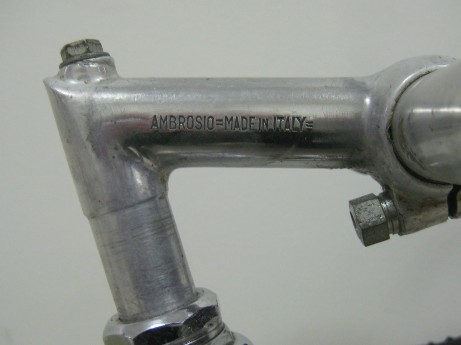 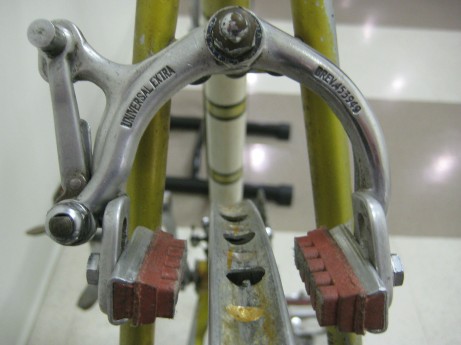 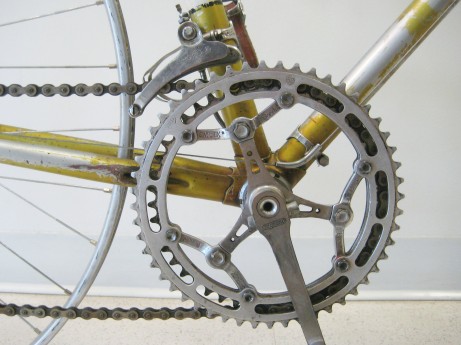 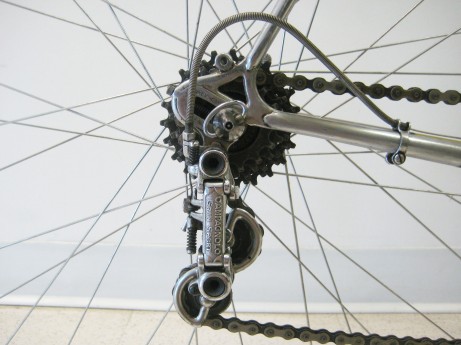 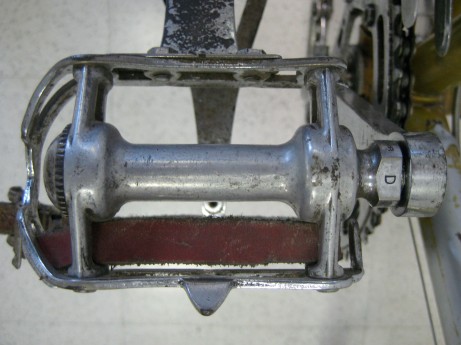 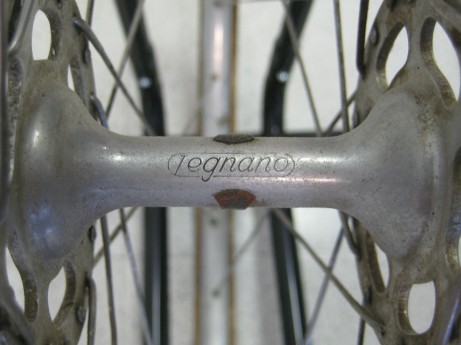 Campagnolo ‘branded’ their Record hub sets for Legnano, Frejus, Atala, Umberto Dei, Bianchi and several other top Italian brands through the 50’s and early 60’s. However, the practice seems to have disappeared in the late 60’s about the same time that Campagnolo began putting pressure on their sponsored riders to use only Campagnolo components.

Here is a blueprint of the bike as it was received: 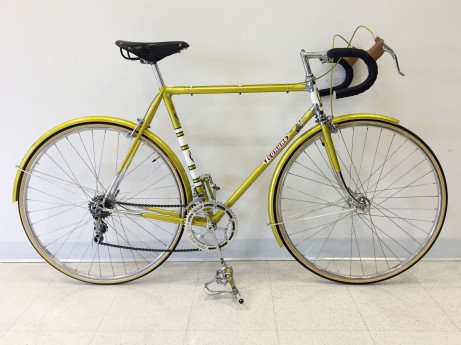 Another great project, almost 3 years in the making, has been completed. As always, my first word of thanks goes to Noah Rosen at Velocolour without whom it would not have been possible. This restoration was almost a repeat of the 1961 Legnano Gran Premio project, so I headed into the shop with the 1958 Roma in one hand and a box of Italian pasties in the other just in case there was a little coaxing to do with Noah. But sure enough, the professional that he is, Noah had the ’58 clamped up in the shop stand before I could get the lid off the pastry box. And so began another chapter in the Legnano Collection.

The top photo was taken when the bike first arrived in October 2013 from Petaluma, California. Although it was the missing rear tire and some cables, the bike was essentially complete and original with the exception of the Nuovo Record headset that must have replaced the original Gran Sport or Magistroni somewhere along the line. The paint work was extremely worn and the justification in my mind for refinishing the frame.  However as the hardened collectors like to say, “a bike can only be original once” so if you are going to refinish it, do it right the first time.

Legnano road bikes in these years, as with many of the other prominent Italian marques, came with fenders. However, having scoured every corner of the vintage bike world for years, the chance of finding original Legnano road fenders are truly a ‘needle in the haystack’.  So as with the 1961 Gran Premio restoration, I opted to have a set of Velo Orange 37mm aluminium fenders painted up to the original Legnano finish spec including the box striping and decals.

When the frame was fully stripped and before it went off for chrome plating, I decided to take a few liberties and included some brazing details that were not original to the ‘off the shelf’ Roma model but conceivable in the context of a special order at that time. This included some threaded bosses on the rear brake bridge and rear chain stay bridge to fix the rear fender, and another on the underside of the fork crown to fix the front fender.

I also decided to have period correct Campagnolo shifter bosses (part no. 660) brazed on the down tube along with a rear Campy cable guide (part no. 633) on the chain stay and on the top, drive side of the bottom bracket and a Campy cable stop (part no. 621) just ahead of the bottom bracket on the left side of the down tube for the front derailleur cable. Again, while I have not found these details standard to a Roma model of this era, they can be found on other Legnano models including the many Gran Sport and Sportivo models on this site. All I can think is that the racers of the day did not trust the brazed fittings over clamps in competition.

Otherwise the hunt through the spare part bins and online was pretty straight forward.  I decided to swap out the very worn Aquila saddle and simple steel post for a 1958 Brooks B17 Campagnolo model saddle and the corresponding Campagnolo Narrow Rail seat post. The original Gran Sport front derailleur was also in rough condition and it was replaced with a first generation Record front derailleur, released by Campagnolo in 1958 ( see Catalog 14). I was also able to locate a set of original NOS factory assembled, Simplex aluminium chainrings with mounting brackets to freshen up the drive train. The originals were not in too bad a condition however you know how it goes when you get into a project and the unexpected comes along.

The rest of the project involved the many enjoyable hours of removing 60+ years of road grime and polishing up all the bits and pieces. Rebuilding wheels and repacking bearings. The careful, almost surgical precision of putting it all back together and the first few rides to get it all sorted. It is such a wonderful mix of pleasure and patience that seems to make time stand still and yet, there is never enough of it in any one day. And so with this Roma now completed, it is time to take a walk into the back room and see what is next up on the list for the Legnano Collection.

Here is a blueprint of the bike following the restoration: